Skip to content
Cart
HAPPY NEW YEAR~!!! FREE SHIPPING OVER $50!!
We are going waaaaaay back on this coming remembrance day.  102 years in fact.

We didn't add our name or obvious branding to this image, in the end after many designs we thought it would diminish the image and the idea behind it. We reached out to our beloved illustrator Joey Hetzel with this one and we believe this image nails it.

"Red Poppies, the ghost of a young fallen soldier throwing the torch to the next generation of fighters... In Flanders Field" If you've ever wondered where the history of the Poppies comes from that are handed out every year but The American Legion here's the story. 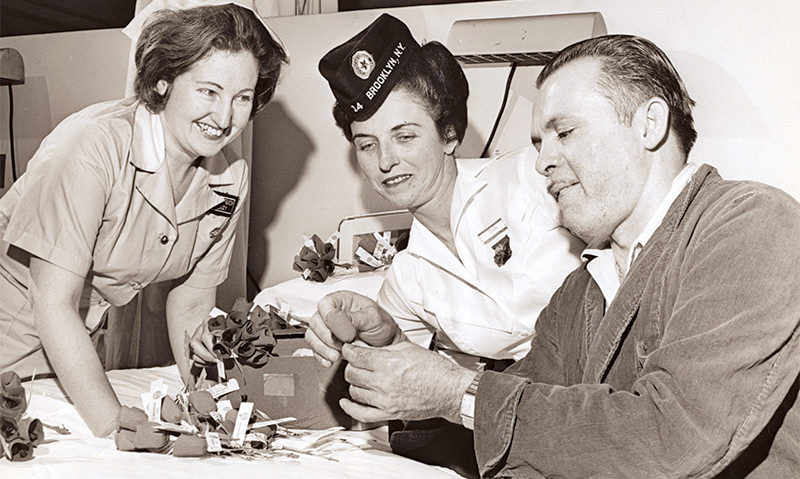 After World War I, the poppy flourished in Europe. Scientists attributed the growth to soils in France and Belgium becoming enriched with lime from the rubble left by the war. From the dirt and mud grew a beautiful red poppy. The red poppy came to symbolize the bloodshed during battle following the publication of the wartime poem “In Flanders Fields.” The poem was written by Lieutenant Colonel John McCrae, M.D. while serving on the front lines. 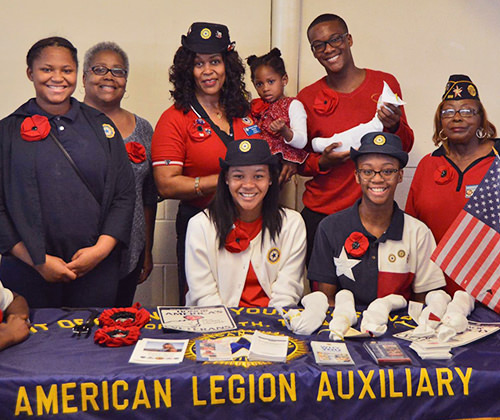 Led by the American Legion Auxiliary, each year members of The American Legion Family distribute poppies with a request that the person receiving the flower make a donation to support the future of veterans, active-duty military personnel and their families with medical and financial needs.

Poppy Day is celebrated in several countries around the world. The American Legion brought National Poppy Day® to the United States by asking Congress to designate the Friday before Memorial Day, as National Poppy Day.

On May 24, wear a red poppy to honor the fallen and support the living who have worn our nation's uniform.

November 11th, 1918 World War I would be drawn to its bloody conclusion.  Germany, after smashing the Bolshevik and White Russian armies and concluding a punitive treaty at Brest-Litvosk in March 1918, would in just three short weeks turn the entire might of what remained of its armed forces towards the Ludendorff Offensive.

The American Expeditionary Forces under General “Blackjack” Pershing would be instrumental in a war that counted victories in numbers of dead.  At the Second Battle of the Marne, and finally in the American’s own contributions at Chateau-Thierry and Belleau Wood.   By September 1918, Pershing commanded the largest American army that up to that time had ever been fielded — over 500,000 men and surpassing the numbers under General Grant and the Army of the Potomac.

By November 1918, the American Expeditionary Force was a battle-tested army.  The cost in blood was immense.

Flanders Field by John McCrae was written after the Second Battle of Ypres in 1915, but it is the most iconic of the Armistice Day poetry.  McCrae — who was working at a field hospital at the time — remarked how poppies sprung forth upon the graves of the dead soldiers in what was otherwise a wasteland of war:

In Flanders fields the poppies blow
Between the crosses, row on row,
That mark our place; and in the sky
The larks, still bravely singing, fly
Scarce heard amid the guns below.
We are the Dead. Short days ago
We lived, felt dawn, saw sunset glow,
Loved and were loved, and now we lie,
In Flanders fields.
Take up our quarrel with the foe:
To you from failing hands we throw
The torch; be yours to hold it high.
If ye break faith with us who die
We shall not sleep, though poppies grow
In Flanders fields.

If ye break faith with us who die

We shall not sleep, though poppies grow In Flanders fields. If the end of 2020 has showed us anything, it was definitely the crushing of the US Mail Stream. I want to let you i...
Read More

For The Love of Coffee

A year from now or five years from now, what are you going to wish you did today. Do not be afraid to take chances. D...
Read More

You drink (coffee) and you know things!!!

Coffee Can Make You Smarter Coffee doesn’t just keep you awake — it may also make you smarter. The active ingredi...
Read More